11 Grammar Mistakes (And How to Avoid Them) 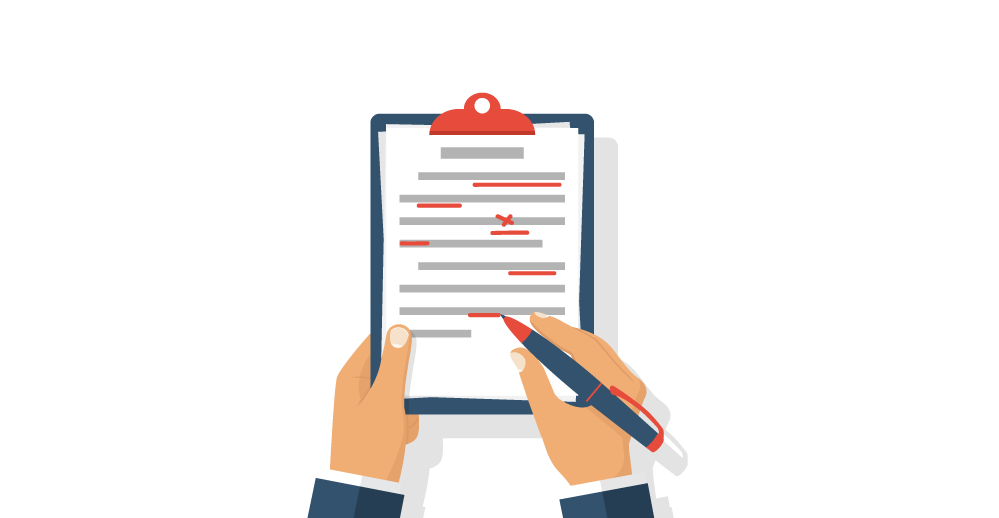 It’s easy to overlook simple grammar mistakes, especially if you’re self-editing, but these errors can irritate readers and damage your credibility. To improve the clarity of your writing and keep readers engaged, avoid these eleven grammar gaffes.

An apostrophe is used after a noun to make it possessive, as in Frank’s book on grammar helped the class learn about apostrophes. Or it’s used to create a contraction, as in Don’t forget the apostrophe.

Tip: Consider if the word can be a contraction or made possessive. If not, leave the apostrophe out.

Example: My book on grammar has its own little place beside my bed.

Tip: Try saying “it is” out loud in the place of “its” or “it’s” to see if the sentence still makes sense.

Tip: Use “who” for people and “that” for inanimate objects.

A business is not plural, so it shouldn’t be referred to in the plural.

Incorrect: The company will issue their style guide next month.

Correct: The company will issue its style guide next month.

5. Using “Effect” Instead of “Affect”

“Effect” and “affect” are different in meaning, though frequently confused. Examples:

Correct: The beneficial effects of reading are well documented.

Correct: Eating too many doughnuts began to affect my health.

Sometimes, “effect” is used as a verb, meaning to cause something to happen:

The punishments for grammar mistakes did little to effect change.

Tip: Ordinarily, you should use “effect” as a noun and “affect” as a verb.

Use “fewer” if you’re referring to people or things in the plural:

People these days are buying fewer books on grammar.

Use “less” when you’re referring to something that can’t be counted or doesn’t have a plural, like “money” or “time.” For example:

The word principal used as a noun refers to a person, like the head of a school, or the leader of an organization, as in The principal of the new school loathes bad grammar. As an adjective it means “main” or “most important,” as in The book’s principal chapters focus on grammar.

Principle, on the other hand, is always a noun meaning a fundamental truth, law or standard:

Punctuation is one of the key principles of English grammar.

Tip: Remember that principal ends in ‘pal,’ which refers to a person.

8. Not Using Commas After Prepositional Phrases

A preposition includes words like “at,” “when,” “after,” and “since,” which normally indicate time or place. You should use a comma after a prepositional phrase:

At the writers group, we discussed the rules of grammar.

After I left the writers group, I needed a stiff drink.

Smarter and funnier than what? This is better:

Jane’s blog post is smarter and funnier than John’s article.

Tip: When using comparative adjectives, make sure the sentence has at least two elements that you’re comparing.

A modifier changes, limits, or adds more information to something else in the sentence. It’s considered dangling when the phrase doesn’t apply to the noun that immediately follows it. For example:

While studying grammar on my front porch, the moon looked glorious.

Was the moon really studying grammar? Probably not.

In this sentence, the moon is the only subject, so the phrase “While writing on my front porch” attaches to that noun because it doesn’t want to dangle. What you’re really trying to say is:

While studying grammar on my front porch, I noticed that the moon looked glorious.

In this sentence, “While writing on my front porch” correctly modifies the subject “I,” and it makes a lot more sense.

Tip: Restructure sentences so that it’s very clear which word or words the modifier describes.

In passive voice sentences, the subject is acted upon by the verb:

The grammar rules were ignored by John.

Active voice describes a sentence where the subject performs the action stated by the verb:

Passive voice isn’t as clear or snappy as active voice, so try to avoid it whenever possible.

Tip: Turn the clause or sentence around, putting the subject first.

Most readers pick up on grammatical errors, and it can harm your reputation as a writer or publisher. Even if some readers don’t notice your grammar mistakes, search engines may penalize websites that have too many errors, because the content will not be high quality. Google’s Matt Cutts has said that style and spelling are potentially useful indicators of content quality, so search engine algorithms are probably penalizing poor grammar already.