What Does ChatGPT Mean for Writers and Content Marketers? 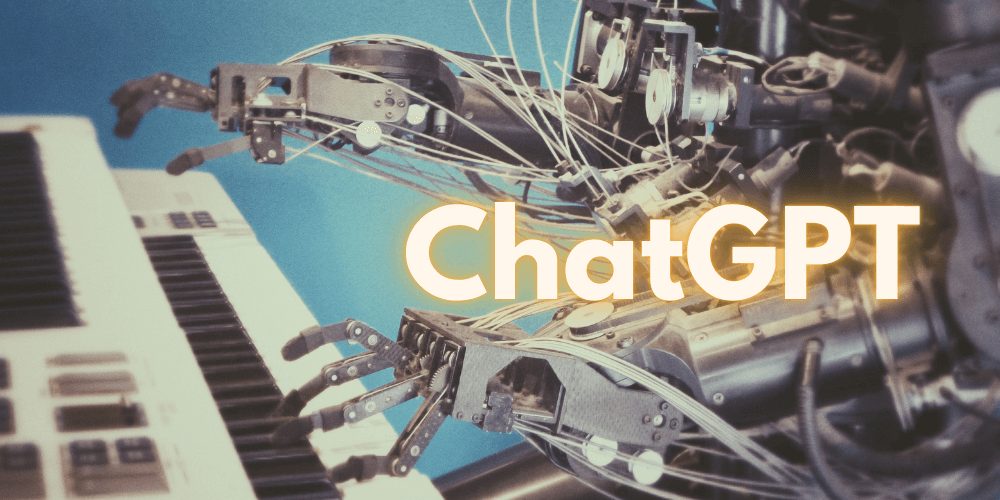 Few professional writers or content marketers will have missed the ongoing buzz surrounding artificial intelligence writing tools like ChatGPT. Newspaper articles and online forums alike have been filled with examples of computer-generated text that could easily have been created by an expert human writer, at first glance at least.

Machines have long been able to produce relatively simple but readable text. They are often used to compile summary reports about the stock market, sports results, weather forecasts, and other topics where raw figures are the basic information to be delivered.

But a new generation of AI tools is now emerging, offering vastly improved writing quality. LaMDA, a prototype developed by Google, could produce conversational language so realistic that one of its developers misguidedly announced the arrival of computer consciousness.

However, the program generating all the recent publicity is called ChatGPT, and there’s a simple reason it’s making such a splash.

ChatGPT is a tool for quickly and easily producing readable text on any topic. It can work when fed with simple article titles or more complex briefs, delivering results that superficially seem entirely human-written. The program can be instructed to address particular subjects, explore specific ideas or controversies, and even deliver content in the style of particular well-known writers.

On the face of it, the program outputs fluent, well-constructed blocks of text that could seem entirely genuine and intelligent to an unsuspecting reader.

Not surprisingly, this success has generated great excitement in parts of the content marketing industry, alongside equally strong waves of worry among the professional writing and editing community.

Content marketers can imagine ChatGPT generating large amounts of high-quality text on any conceivable topic at a negligible cost, with obvious benefits for their workflow and bottom line. Many writers are worried for precisely the same reason, glimpsing a near future when human creativity is obsolete.

Both of these views have a basis in fact, but are they a reflection of the current reality?

How does it Work?

Before deciding on the ultimate value of ChatGPT, it’s important to take a brief look at how it works. Essentially, the program was told to “read” most, if not all, of the English language text currently available in digital form. Using a combination of statistical analysis and machine learning, it then developed a complex model of which words tend to occur around which others. It also analyzed which kinds of sentence and paragraph structures are most likely to follow in sequence.

The sheer amount of available learning material means ChatGPT can apply its analysis to virtually any subject area, producing text that flows well and seems entirely realistic and knowledgeable.

Where ChatGPT and Other AI Tools Fall Down

Nonetheless, that statistical approach does have some important downsides. The text is produced directly from a mathematical model, and the program has no actual understanding of either the source topic or the content it creates.

For many simple subjects, this isn’t a problem. Ask the program for a short text about the highest mountain in the world, and the sheer weight of numbers in the source material means it will likely return accurate results.

But when topics are more nuanced or subjective, the statistical approach can lead to content that is either misleading or flat-out wrong. ChatGPT may have silky language skills, but it’s pretty lousy as a fact-checker.

Even more seriously, from a content marketer’s point of view, the lack of genuine intelligence behind the text means it’s unlikely to connect emotionally with a human reader. Each sentence may read well on its own, and the overall flow may be adequate, but there’ll be no creativity behind it or any intentional use of compelling language to draw the reader in.

In many of the results seen so far, a general concept is spread over hundreds or thousands of words without developing a theme or guiding the reader from idea to idea to create engagement. There are unlikely to be any calls to action, finely focused solutions to problems, or concrete steps outlined to reach a goal. These elements are essential in a good piece of marketing content and come naturally to an expert writer.

Finally, the statistics-based method means that by definition, every text is based on previously written content. While the words themselves might be in a unique order, no new ideas or concepts will ever be introduced.

So Does ChatGPT Have a Role?

Given the drawbacks, it might be tempting to write off ChatGPT as an interesting but ultimately pointless novelty for both writers and marketers. But dismissing the tool so easily would mean missing out on its potential value.

As a quick and easy way of producing a readable block of text, the program could speed up the content creation process for marketers while also carrying out basic research duties for writers. However, full fact-checking would still be needed in both cases, and for a truly unique and powerful piece, extensive editing would also be essential.

The tool’s output could conceivably be improved by carefully refining the starting commands to guide its generation process more closely. And as the tool itself evolves, and as people learn how to get the most out of it, many of its current shortcomings might potentially be eased even if they’re not completely overcome.

But at this stage in its development, ChatGPT could more reasonably be seen as another supporting tool to be used during the creation process, much like a simple spellcheck or a more complex language tool such as Grammarly. Or, in more human terms, the program should perhaps be viewed as a talented but inexperienced and headstrong trainee rather than a trusted expert who can work without supervision.

Ultimately, if you need high-quality content that rewards its readers with genuine value, you need a human to be deeply involved in its creation. That’s still true even if computers provide plenty of help along the way.

At Constant Content, we continue to prefer expertly crafted, carefully considered content written with the human empathy needed to connect with readers, along with the accuracy and extensive fact-checking needed to establish authority in a piece.

Who knows what the future of AI will bring? But while tools like ChatGPT remain statistics-based pattern generators rather than true artificial intelligence with an understanding of the material they produce, high-quality, human-written content will still be our approach.