Grammar That Would Make Your Teachers Flip Tables 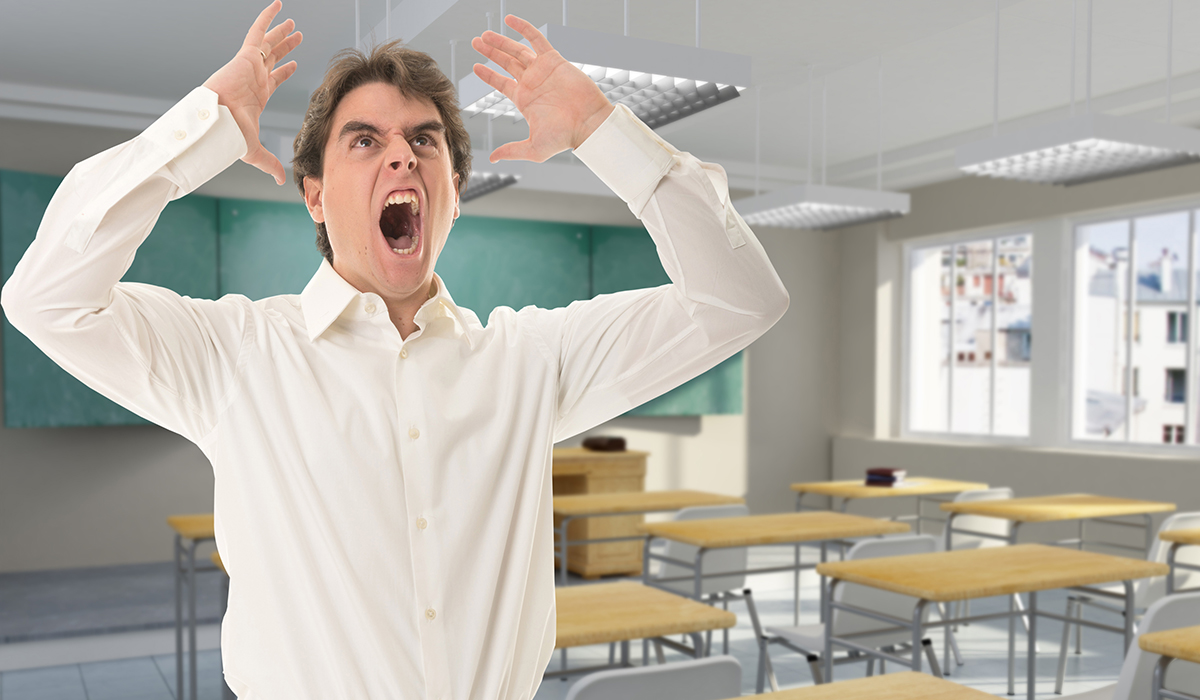 Polish up those shiny red apples! October 5th is World Teacher’s Day and it’s a great time to reflect on everything we’ve learned from the teachers in our lives – like those pesky grammar rules.

Grammar rules are in place for good reasons, but sometimes you have to remember that they’re not written in stone. Under the right circumstances, you can bend them a bit without a visit from the Grammar Police. Here are a few grammar rules that in my opinion can be safely bent on occasion:

Rule #1: Never End a Sentence with a Preposition.

In the world of content marketing and blogging, it’s important to let your brand’s unique voice shine through and the last thing you want to do is muddle up sentences and stifle your personality. So, consider yourself free to end sentences with a preposition when clarity and flow are at stake.

Rule #2: Never Begin a Sentence with a Conjunction

This is another rule that’s been passed down in English classes through the years. Mignon Fogarty, better known as Grammar Girl, theorizes that schoolchildren were originally taught to minimize their use of conjunctions like “and” and “but” at the beginning of a sentence, but the rule gradually evolved to discourage this sentence structure altogether.

Regardless of its origins, you don’t have to cling to this old edict – feel free to start a sentence with “but” or “and” if it will help you hammer home a point or grab readers’ attention. Just be careful not to overdo it, or your writing can develop a choppy, disconnected feel.

If you’re not familiar with the term “infinitive,” you can spot one by the word “to” in front of a verb. According to the usual grammar rules, you should never split up that verb phrase. Unfortunately, sticking to this rule can result in some awkward sentences.

Think of the famous Star Trek line: “to boldly go where no man has gone before.” Now imagine William Shatner intoning “to go boldly…” instead – it just doesn’t work quite as well. When you’re deciding how to handle an infinitive, read your sentence aloud to see how it sounds. If breaking up the infinitive would improve the readability of the sentence, go ahead and split it.

Rule #4: Never Use “They” as a Singular Pronoun

Back in English class, you probably learned that you can’t use the word “they” as a singular pronoun. The only problem with that rule is you may not be sure what to use instead. The English language doesn’t contain a gender-neutral personal pronoun that can be used in the third person. Fortunately, this rule has evolved over the years, and the singular “they” was actually voted the 2015 Word of the Year by the American Dialect Society.

Speak to Your Audience

Knowing when to stick to the rules of grammar and when to bend them for the sake of flow and clarity is essential for effective writing. If you’re writing for a client who uses a particular style guide, it’s important to adhere to those guidelines. But in all other cases, it depends on the type of writing you’re doing and how well you know the audience. You don’t want to overdo it, but it’s ok to embrace your inner rebel and break the occasional grammar rule.