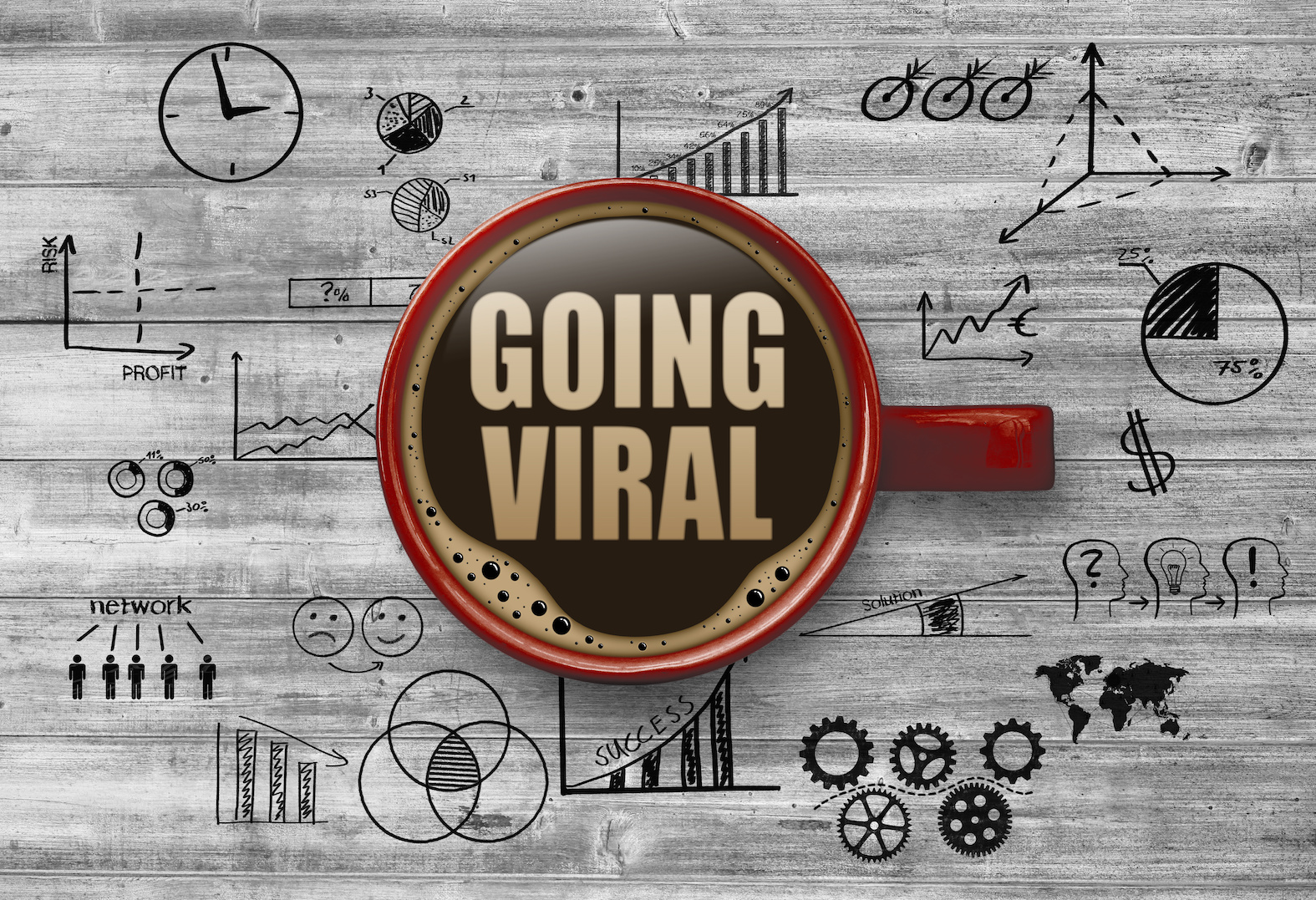 In the world of content marketing, “going viral” is often considered the holy grail of success. If your brand ever had a post catch fire on social media, you know the thrill of watching your social KPI soar.

But once the excitement subsides and engagement slows down, you’re left with a nagging question: how can you get this to happen again? Don’t chalk up a viral victory to sheer luck. Rather, understanding the nature of viral content and employing a bit of strategy can go a long way towards boosting your odds of success.

Before digging into the elements of good viral content, we need to take a step back and think about the concept of virality in general. Oxford University Press tells us that virality is “the tendency of an image, video, or piece of information to be circulated rapidly and widely from one Internet user to another.”

When something goes viral, the process usually kicks off with the item being shared across various social platforms. It might get shared to mediums such as Tumblr and Reddit, and it may inspire parodies, offshoots or copies. With the level of exposure available, it’s no surprise that many brands have embraced the idea of “viral marketing” as a fast and powerful way to gain visibility and spread a message.

But Avoid This Mistake

One of the most common mistakes in viral marketing is the creation of content with the sole intent of having it go viral.

Trying too hard to create viral content rarely succeeds and just slapping a clickbait-y title on a post to boost shares may actually backfire and hurt your brand’s image.

Instead of focusing exclusively on shareability, think about your target audience and try to craft content that really speaks to this group and reaches them on an almost visceral level.

While you can’t necessarily guarantee that your content will become a viral sensation, certain traits seem to pop up again and again in content that spreads like wildfire.  One research study conducted at the University of Pennsylvania uncovered five basic characteristics of successful viral content. They are:

On the surface, a couple of these traits may seem obvious; the fact that a “surprising” story is more likely to be shared shouldn’t be much of a surprise. However, three other findings from the study provided more insights:

What It All Means for You

It’s clear that “going viral” isn’t exclusive to grumpy cats and minion memes. Virality isn’t an exact science, but brands can harness its power to get noticed in a big way.

When you craft content that inspires awe, evokes strong, positive emotions or teaches readers something useful, you’re more likely to achieve the viral buzz you crave. But above all else, make sure your content is something your viewers actually want to read.